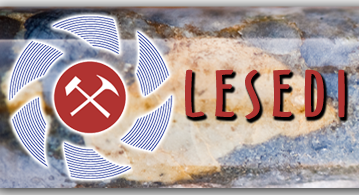 Lesedi Drilling & Mining Contracting Company offers competitive and professional drilling services and is recognized as the supplier of choice to the South African mining industry.

The company was founded in 2002 on contracts won in the gold mining industry in the Free State and in Rustenburg. Since its inception, Lesedi  Drilling & Mining Contractors has experienced rapid growth, thanks to leading mining houses, AngloGold Ashanti, Anglo Platinum, Harmony Gold and African Rainbow Minerals, who felt that they had the ideas, vision and drive to cut the cost of mining exploration drilling, without compromising on safety and service delivery.

Lesedi Drilling & Mining Contracting is led by Executive Chairman Gordon Hogan, a mining engineer who had a long career with the Boart Longyear group, an international exploration drilling and mining contractor and manufacturer of mining equipment.

Lesedi Drilling & Mining Contracting uses a drilling method known as continuous coring in its mining exploration. In this method, the core produced by the cutting action of the bit goes straight into the rod string. Water is pumped down to the bit on the outside of the rod string and returns to the drill via the inside of the rods. These samples are used to determine reef location and ore quality and determine the economic viability of the mine.

Lesedi Drilling is the biggest underground drilling services provider in the Free State, where it holds the contract for diamond drilling operations on Harmony’s Freegold operations, which include six mine sites. In the North West Province, Lesedi Drilling is an important service provider to Anglo Platinum’s Rustenburg operations, using 25 pneumatic and two Mamba Hydraulic drills. Lesedi Drilling has been providing drilling services to AngloGold Ashanti’s operations since March 2006. Currently, 80 pneumatic drills and crews and seven hydraulic drills and crews are in use at various mines in the province.

In Steelpoort Valley, Lesedi Drilling provides services to the African Rainbow Minerals Two Rivers Mine. The mine, which is currently being expanded from an experimental site to a fully operating mine, uses three of Lesedi Drilling’s conventional feed-screw machines, supervision and crews.

In Gauteng Province, Lesedi Drilling was awarded a contract for drilling services to Harmony Gold’s Randfontein Estates in May 2006 and in Limpopo Province, the company was awarded the exploration drilling contract in 2007 for Palabora Mining Company’s second lift project.

Along with services provided in the other provinces, Lesedi Drilling is currently providing underground drilling services to Great Basin Gold’s Burnstone mine in Mpumalanga Province.

Continuous coring results in much higher levels of productivity as there is no down-time when core is retrieved from the core barrel. It is important to note that continuous coring works very well in the rock formations of South African gold and platinum. Lesedi Drilling & Mining Contracting is remunerated for its services per metre of rock sample delivered to the geologist’s surface core yard. Currently, the company is drilling at the rate of 15,000 meters per month.

A Lesedi Drilling drill crew will complete a 100-metre hole in, on average, in two weeks. During drilling operations, countless precautions are taken to ensure that there is no flow of water or methane. As the core boxes are filled up, the driller and his assistant deliver them to the mine’s core yard, where the mine geologist inspects and logs the core.  If required, the completed hole is surveyed by Lesedi Drilling & Mining Contracting, using the latest electronic survey equipment.

In a typical mine exploration, ten to fifteen drills are deployed. Along with the drills, each drilling crew consists of one contract foreman, one supervisor for every seven drills, one storeman and one fitter. Other crew members consist of an operator and assistant for each machine and a transport team of two or three people.

Safety and Training remains a vital issue for all contracting and mining companies. According to the company’s website, Lesedi Drilling “does not believe that safety comes from a great manual or from glossy pages showing pictures and graphs associated with safety. Safety has to be a culture in which people instinctively act in a safe way. That can only happen if the top and middle management of the company live, breathe and champion safe working practices all the time and the people operating machinery are properly trained.”

Lesedi Drilling recognizes that the long-term sustainability of its business is dependent upon their responsibility to protect the environment by complying with all applicable laws, regulations and requirements. This is achieved by monitoring and controlling activities as they relate to the environment and to ensure that its employees are aware of this policy and carry it out.

Lesedi Drilling & Mining Contracting provides experienced people, effective machinery and proven systems to safely and economically retrieve samples for all mining exploration and core drilling projects. They ensure compliance with all relevant legislation and regulations, as well as client requirements. The company believes that safety is not negotiable and it is this attention to detail and to safety and a high level of productivity that sets them apart from their competitors.