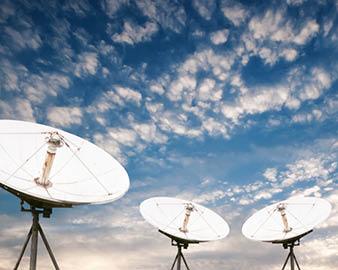 Zimbabwe is growing. The populations of Harare, Bulawayo, and Chitungwiza are increasing rapidly. Many now gain notoriety in the global arena, and draw in advanced technology firms from around the world. These companies, and the rising number of the country’s skilled workers require a reliable telecommunications network to facilitate their growth.

In 1994, Zimbabwean Strive Masiyiwa founded Econet Wireless, Zimbabwe’s first cellular operator. Masiyiwa believed that, through his past experience within the African telecommunications industry, he could bring efficient, high-quality telecommunications services to the people of his native country.

Yet Masiyawa’s attempts were quickly blocked by the Zimbabwean government. They denied Masiyawa’s business license, barring Econet’s services from reaching the general public. Misiyawa launched a legal battle in the courts of Zimbabwe, claiming the telephone service industry was monopolized by a small selection of favored companies. He declared this monopoly as unconstitutional.

In December 1997, after four long years of legal battles, the courts ruled in favor of Econet. The government was instructed to grant Econet licensing for provision of wireless telecommunications services.

Econet launched service in July of 1998 in Harare. By December, the company had expanded into all of Zimbabwe’s major cities. Econet’s national success allowed it to quickly expand internationally, establishing its presence in over 15 countries throughout Africa, Europe, Asia-Pacific, and the Americas.

On September 17, 1998, Econet Zimbabwe successfully undertook an international IPO. It is now one of the largest companies by market capitalization on the Zimbabwe stock exchange trading under ECO.zw: ZSE.

In 2000, Misiyawa decided to relocate Econet’s headquarters to the Republic of South Africa. He claimed the move stemmed from geographic optimization.

Over the past decade, Misiyawa has become an icon for business success throughout Africa. In 2002, Time magazine listed Misiyawa as one of the world’s most promising young executives. He has served on the boards of international development agencies such as the Southern African Enterprise Development Fund and the Rockefeller Foundation.

In 2010, Misiyawa won the ‘Builders of Modern Africa’ award. Forbes named the Econet founder on of the 20 Most Powerful Business People in African Business in 2011. In 2012, U.S. President Obama invited Misiyawa to attend the G-8 summit at Camp David.

In October 2013, Econet launched its newest specialized product, EcoFarmer. EcoFarmer is a weather-indexed drought insurance service which enables smallholder farmers in Zimbabwe to buy insurance for as little as US$0.08 per day. It is Zimbabwe’s first Micro Insurance product designed to insure inputs and crops against drought or excessive rainfall. Users also receive weather information, farming tips, and market updates daily.

On February 28, 2014, Econet Wireless Zimbabwe released their limited FY financial results. The year showed to be highly positive for Econet. The rate of connected subscribers rose by over 700,000; a 10% increase from the FY 2013 results. Revenue increased by 8%, from $695.8 million to $752.7 million.

According to Dr. James Myers, Director of the Board, Econet’s annual success derives from the company’s solid business model and focus on growth through corporate sustainability. He believes the high mobile and internet penetration rates in Zimbabwe will present significant opportunities for business in the future.