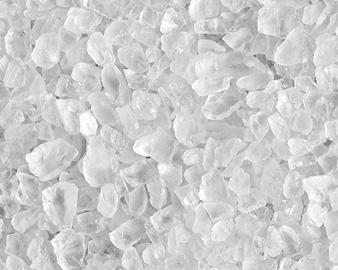 Salt of the earth

Botswana’s vast salt pans are home to minerals sort after by businesses across the continent; helping these African firms meet their demands is Botswana Ash, one of southern Africa’s leading resource suppliers.

Botswana Ash (Botash), the leading supplier of salt and soda ash in southern Africa, has been at the forefront of its industry for twenty years.

With world consumption of soda ash close totalling around the 50 million tonnes mark per annum, the company has been helping businesses across Africa meet their own demands.

All of the company’s activities, from production through to marketing and sales to administration, take place at its mine near Sowa.

Botash has a production capacity of more than 700,000 tonnes per annum and its mine is located on the east side of the Makgadikgadi pan, one of the largest and most famous salt flats on the planet.

The company produces a range of salts, which are sold across the African continent, and has a core focus on South Africa, its key market for soda ash where its products are most often used in the country’s glass industry.

Other uses of soda ash include various metallurgical applications and paper manufacture.

In order to obtain the minerals, Botash has to drills wells into underground aquifers below the surface of the dry and saline sands of the pan from where it collects and pumps brine into solar evaporation ponds. It is in these ponds that the extraction process begins.

The seeds of the company were planted in November 1988, when the Botswana Government, AECI, Anglo American Corporation and De Beers signed an agreement to build a multi-million dollar soda ash and salt plant at Sua.

By April 1991 the plant was in operation as the organisation began to exploit the natural deposits of the pan.

In 1995 the company was restructured as Botswana Ash (Pty) Ltd, with the Botswana Government as the major shareholder with a 50 per cent share in the company. Anglo American Corporation, AECI and De Beers each hold 14 per cent, while the remaining eight per cent is held by a bank consortium.

Botash is one of the region’s largest employees with a workforce totalling more than 450. The company offers ongoing training opportunities for its staff and has in place a localisation programme aimed at reducing reliance on expatriate employees in favour of local workers.

Sowa Town was constructed 20 kilometres from the plant to accommodate and support Botash’s employees.

The settlement was built on behalf of the government by the Botswana Housing Corporation and comprises more than 800 houses.

Set among a pristine natural environment in remote Botswana, Sowa has become a haven for wildlife and bird enthusiasts, and the town features medical and educational facilities for residents.

Much of the Sowa’s social life centres on the homely Country Club and the town’s own unique golf course features sand fairways while the purpose-built Botash stadium is home to various football teams.

Botash operates a free bus service for the town’s residents to and from its plant, and other facilities in the town include shops, a bank, library, gymnasium, and swimming, tennis and squash facilities.

Botash has taken a proactive stance towards the environment since its very early days and, as well as having in place a full-time environmental officer, the firm has aligned itself with the ISO 14000 international environmental standard.

Example of its commitment to the natural environment include the power cables from the spit to the wellfield, which it buried in order to prevent interference with the flight path between the feeding and breeding grounds of local flamingos.

Rather than chop down trees the company has in the past moved them to urban areas where they have found a new use as shade providers.
Botash also acts to ensure that effluents are carefully contained and impounded so that contaminants do not enter underground water systems supplying neighbouring communities.

With its rich history and a commitment to both its clients and employees, Botash has grown into one of the leading drivers of Botswana’s growing economy, and with such large resources on its doorstep the firm looks likely to continue supplying its African clients for many years to come.