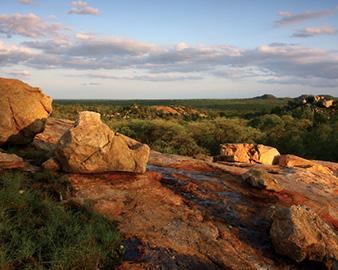 With Africa’s urban structures increasing on a daily basis, it’s always important to remember the rich and diverse landscapes that nature has provided. Shamwari Group enjoys protecting and maintaining some of the most picturesque game reserves in the country, while also inviting people from all over the world to experience the magic.

The development of South Africa over the last ten years has been a hugely positive and galvanising agenda for the whole country. Preserving its natural heritage, however, has also never been more important. As we boldly venture further into the 21st Century everyone is curious about where we’re going—fortunately, Shamwari Group are still very interested in where we’ve come from.

Safari holidays have been particularly sought-after since the emergence of affordable air travel and films like Born Free, which raised awareness of African parks and made them desirable destinations for the more adventurous traveller.

Shamwari Group has a rare cocktail of intriguing offerings for its many thousands of visitors. Its holidays are not only hugely exotic, but also educational, which is great news for families, couples and everyone that has an interest in wildlife and history.

For many years the company has passionately developed its parks, enabling animals, plants and ecosystems to flourish in their natural environment. All these remarkable areas of natural beauty have their own unique individual characteristics and have proved incredibly popular for decades.

Indeed, even in tough times Shamwari Group is able to rely on the constant allure of its resources.  Its stunningly beautiful big cat safari venues are available in Southern Africa, Western Cape, Eastern Cape and the Kruger National Park Area.

After many successful years of trading alongside another company Shamwari Group has recently undergone a transformation and is now known as the Shamwari Hospitality Group.

Sales and Marketing Manager Tom Jager has overseen the enterprise’s restructure and realises the importance of progression, while also staying true to Shamwari’s proud traditions.

“We’ve actually had to refocus on the tour operators, look at the inbound operators and generally refresh our approach, which has been great for the company and the product as a whole”, he enthuses. “We are now representing the product on ground level, as well as marketing it both internationally and domestically.”
Sanbona Wildlife Reserve stretches to 54,000 hectares and its vast plains are home to the famous big five—lions, tigers, elephants, rhinos and cheetahs—and therefore a big hit with tourists. The company also takes tremendous pride in its famous, luxurious and charismatic lodges, which visitors can retire to after a long day of safari.

“We call it the Arizona of Southern Africa because it’s got a similar climate and geography. Visitors are also introduced to the history, including when the English surfaced in the 1900’s,” Jager explains. “There is also information about the ancient ‘san’ people that lived in the area 7,000 years ago, the typography and the vegetation that makes this place truly unique.”

In addition to the big five, visitors will be able to see the white lion; a genetic kick back of the foggy lion, with whom it combines to capture prey. It’s not only large creatures, however, that Shamwari Group concentrates on. Smaller creatures are also very important—like the flat backed dung beetle. This extraordinary little creature rolls up its dung to the size of a cricket ball and lays the eggs within it. The larvae then feed here in their own acclimatised little geographic ball.

The compendium of exciting activities for kids has also proved very popular for Shamwari Game Reserve visitors. The younger explorers get equipped with a little backpack, before being immersed in the unforgettable bush experience.

In the lodge itself there are plenty of activities to keep them occupied, from identifying bugs and tracks, to examining droppings of different animals. “It’s been very successful and we actually learn a great deal from the kids themselves. They provide fascinating insights, because they view information from a different perspective,” says Jager.

The company also has a student program, which offers gap-year opportunities for the international market especially from the UK.  The selected group come out to Shamwari Game Reserve and learn all the intricate mechanisms of the wildlife and conservation effort, while also learning from Shamwari’s 300-strong workforce.

Meanwhile, in order to survive the global downturn Shamwari Group has taken measures to ensure they remain competitive in the marketplace. “We listened to the industry and it was telling us that we had to review our rates, which we’ve done twice this year,” says Jager.

Along with tactical marketing initiatives, aimed at stimulating more interest in the market place, the company is also particularly focussed on markets in the UK, South America, Germany and of course Australia.

Working in a place with so many incredible horizons, the company is naturally excited about exploring a few new ones in the future.