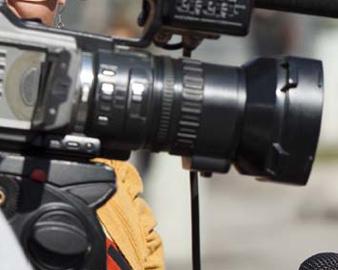 Africa boasts some of the world’s fastest growing economies. Social media and Internet usage in Africa is also growing. There are over 100 million Africans online and studies have shown that of those who are online most are accessing the Internet via their mobile devices. This phenomenon is more common in Africa than anywhere else in the world; in part, because the continent’s Internet infrastructure is either slow or costly. It is for this reason (among others) that African Internet penetration is not higher. The continent’s Internet growth is closely tied to infrastructure development t and if African data networks were faster and more affordable, more Africans would be online.

African cell phone users who can afford to do so are increasingly “leapfrogging” technology- forgoing laptops, PCs, and fixed Internet in favor of smartphones and mobile Internet. As the cost of smartphone technology decreases, the number of African smartphone users will rise, a point that was covered in this issue by Ben MaCafferty of Volubill. This presents a prime opportunity for Africans to get into the app development business, creating (and monetizing) mobile apps to be used by this emerging African market. The East Africans have been on the forefront of app development on the continent with notable services such as Ushahidi (an open source platform that allows users to crowdsource crisis information) coming to mind. Originating in Kenya, Ushahidi has been used by countries in crisis across the globe from Haiti and Chile to Japan and Australia.

Apart from app development and mobile web technology, traditional online tools such as blogging and social media platforms are also gaining popularity in Africa. Amongst the countries with an exploding social media presence is Ghana, where Facebook is the most visited website—above local news sites and even search engine giant Google. Blogging is also becoming increasingly popular in the country. Blogging Ghana (BlogGH) is a collective of bloggers and social media enthusiasts who are using online social media to report regularly on the subject of Ghana. The group’s membership is not limited to bloggers based in Ghana. It also includes bloggers in the diaspora who focus on issues relating to the country. Nor are its members exclusively Ghanaian. Blogging Ghana was founded by Kajsa Hallberg Adu, a Swedish national. Hallberg Adu moved to Ghana in 2007 and created the group in 2008 as a way to meet with the other individuals who were blogging out of Ghana at the time. The group’s first meeting consisted of just 9 bloggers. Four years later, this loose association of social media enthusiasts has turned into what Hallberg Adu describes as a “large and vibrant community of friends consisting of people from all sectors: students and teachers, lawyers and journalists, mothers and businesswomen”.

Blogging Ghana is more than just a platform for bloggers to network and exchange ideas; it is also an aggregator website (Hyperlink: www.ghanablogging.com) that collects the latest posts from member blogs (roughly 263 blogs were listed on the site as of 2012). Blogging Ghana is also committed to building the capacity of Ghanaians and getting more African content online through pro blogging and social media workshops and events. They held their first “Blog Camp” this past May; a one-day social media event informing participants about the benefits of online platforms such as Twitter, Facebook, Google+, YouTube, and Blogs. The first event of its kind in Ghana, the theme was “Voice of a New Generation” and the 300+ attendees—many of them young people—were educated on how to “leverage the power of Social Media for positive social change, good governance, accountability, and education”.

Another social media first for the country is Ghana Decides: a non-partisan project that is using social media tools to foster a better-informed electorate for free, fair and safe 2012 Elections. Also a Blogging Ghana initiative, Ghana Decides is funded by STAR-Ghana (which, in turn, is funded by DFID, DANIDA, USAID, and the EU). Although their target audience is mainly Ghanaians online (both in Ghana and in the diaspora) they recognize the fact that the majority of Ghanaians are not online and have structured the project to include the views of those who lack access to the Internet as well as those in marginalized groups, those who live in excluded areas, and the physically challenged. Ghana Decides hopes to expand the conversation about Ghana and encourage societal debate by bringing these groups and their stories online via Facebook, Twitter, and YouTube.

Getting Ghanaians—marginalized or otherwise—online is one of the project’s main goals and they are using the country’s 2012 Presidential and Parliamentary elections as a platform to promote social media use in Ghana. In addition to their online campaigns to inform and engage Ghanaians on issues pertaining to the upcoming elections, they have also been going around the country offering free social media training to youth groups, civil society organizations, and public institutions. These “Social Media Working Groups” educate interested parties on how to effectively use social media and blogging tools to expand their work for both advocacy and networking purposes. “These organizations are sitting on so much research and information that the Ghanaian online can use to inform development, politics, and business” says Ghana Decides Project Lead Kinna Likimani.

As Kwabena Oppong Boateng, a communications and social Media strategist for the project notes, “social media allows African businesses and organizations to network with one another, bring their activities and products to a wider audience/market, and ‘rebrand Africa’ by joining the global conversation.”

Sharifah Issaka is a social media strategist and filmmaker interested in new media and African development and branding.