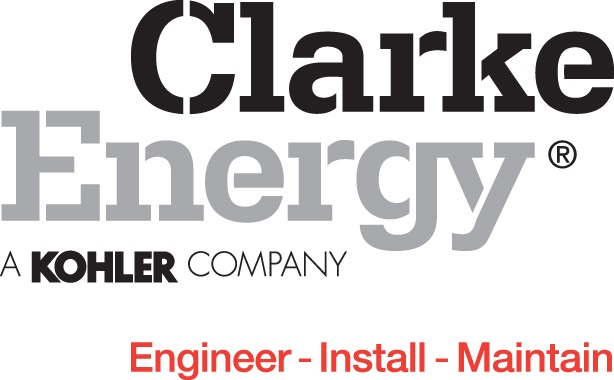 Power to the people

Affordable and reliable power is hard to find in many African countries, even before you start considering its renewability. Award-winning UK company Clarke Energy seeks to change those odds by encouraging and enabling local companies and communities to utilise their sources of gas, including natural and biological.

A supplier of gas engines and combined heat and power plants, Clarke Energy is primarily a distributor and service provider for GE Power & Water’s market-leading Jenbacher gas engine, which has a wide range of gas applications. Most commonly, it plugs into natural gas pipelines to feed captive power plants (those independent from the grid; also called island mode operation) and grid-connected plants operated by Independent Power Producers (IPPs). It can also process flare/petroleum gas, to reduce carbon emissions, and generate renewable energy from biological gases, including biogas from food waste or energy crops, as well as sewage gas and landfill gas.

GE’s Jenbacher gas engine is known for its reliability and robustness in handling problematic gases. It is built to manage gases with varying methane concentrations, making it ideal for biogas applications. Clarke Energy not only distributes these units, but also adds value through engineering, installing and maintaining them.

Jenbacher, before GE bought the company, granted Clarke Energy distribution and service provider rights for the Jenbacher gas engine in the UK in 1995, six years after Clarke Energy’s establishment as an engine service company in Liverpool, Northwest England. At around the same time, Clarke Energy completed its first biogas project, a large landfill gas plant in the UK. The company has now installed more than 2.75GW of generation capacity across 11 countries, including the UK, Ireland and France in Europe, as well as India, Australia and New Zealand.

Group Marketing & Compliance Manager Alex Marshall explains that Clarke Energy first entered Africa in 2002, working on a project with Dunlop tyres. Its first large installation was a large captive power plant at a Nigerian flourmill in 2005. “It was one of the first in Africa to operate on natural gas, which there was initially a lot of scepticism about,” he says. “People didn’t think natural gas supplies would be reliable enough, but Gaslink, part of Oando plc, proved them wrong by constructing and maintaining a robust gas distribution network. We experienced steady growth in Nigeria from 2006 to 2012, and in the last year business there has shown sustained growth.”

Clarke Energy made its first sales in Tunisia in 2008, opening an office in Algeria in 2011 and taking over the maintenance of GE gas engines in Tanzania in 2012. It currently manages project work in Morocco from its Tunisian office.

Clarke Energy has sold more than 260MW in Africa to date, including 231MW in Nigeria and 9.3MW in biogas projects. The company’s work in Africa has been small compared with its activity on other continents, but it is growing significantly with each year.

The spread of power

Clarke Energy’s work in Nigeria thus far has all been natural gas installations, including one using flare gas. This is a petroleum-associated gas, Marshall explains, which flares when companies extract crude oil. “This is wasteful, particularly in Nigeria, where there is a power shortage,” he remarks. “A gas engine can use that gas to generate power on the oil extraction site helping reduce pollution.”

In Tanzania, Clarke Energy does the maintenance for 10MW of GE-installed, natural gas-fired captive power plants. Tunisia is “a bit of a mixed bag,” says Marshall, including one small, 330kW anaerobic digester that produces biogas from food waste. In Morocco, Clarke Energy has installed two gas engines for a sewage gas plant, operated by a French wastewater treatment company.

Clarke Energy recently secured its first biogas project in Sub-Saharan Africa, for the engineering work on a 2.4MW biogas plant in Kenya. This is quite large for a biogas plant, says Marshall, with sufficient capacity to power up to 6,000 homes. Once finished in around seven to eight months’ time, the plant will treat agricultural waste originating from a local farming unit near Lake Naivasha.

The project has been covered widely in the Kenyan media and this has attracted a lot of interest from the public. “We weren’t really expecting it, but the feedback has been excellent,” he remarks. “We had four or five direct inquiries on the basis of our Kenyan plant press release alone.”

A solution for Africa

In a country such as Kenya, with an unstable grid power supply and no access to natural gas distribution infrastructure, biogas provides an ideal solution. Marshall goes on to list a number of benefits.

“First, it’s a method of treating a waste stream in a continent that quite often has poor waste treatment infrastructure,” he explains. “There are dumpsites, which are even worse than landfills in emitting leachate into groundwater and polluting it, and releasing methane into the atmosphere. Methane is 20 times more powerful a greenhouse gas than carbon dioxide, so it’s a massive pollutant. Gas engines capture landfill gas and use it to produce both electricity and a low-carbon soil improver, which can be used as an agricultural fertiliser.”

In addition, a gas engine running on biogas typically provides a far more reliable power source than Africa’s national power grids. “We would expect you to get 95% availability from a gas engine – that’s equivalent to more than 8,000 hours per year from a total of 8,760 hours,” says Marshall. “That is consistent power compared with the grid, on which power can drop out once or twice a day.”

Better reliability brings with it greater productivity. According to Marshall, problems with Tanzania’s power supply network contribute to a 1% reduction in annual GDP. “It’s a massive cost burden on the government, which doesn’t have much revenue coming in as it is,” he says. “Therefore, reliable biogas power can help to spur on growth.”

It goes without saying that Clarke Energy’s expansion into new countries, as well as the construction of new Biogas plants, helps create jobs for local people. “We have a policy for localisation,” Marshall adds. “We train up local people, send them to Austria or the UK for top-notch training on engineering the products, then build up a local team around them. We directly employ people to the company and additional jobs are created for the plants’ construction.”

Clarke Energy has won two awards in Nigeria: the Service Excellence Award in the 2012 African Energy and Infrastructure Awards, and the African Order of Merit for Gas Power Generation Technology in 2011. The latter refers to the many installations Clarke Energy did in Nigeria that year, including a tri-generation natural gas plant – producing electricity, heat and cooling – at the large Guinness Ogba brewery in Lagos.

Clarke Energy shows no signs of slowing down, with plans to expand into more African countries in the near future. It’s an obvious move given that African interest in Clarke Energy and the Jenbacher gas engines appears to be significant and growing, particularly since the large biogas project in Kenya.

While Clarke Energy has put particular effort, over recent years, into growing its African business, the engineering company’s ultimate ambitions are global in scope; Marshall says it aims to become “the leading supplier and service provider of gas engines globally”. But there is more to Clarke Energy’s vision than that.

“We want to encourage the highest levels of energy efficiency, using co-generation and tri-generation plants for example, to convert gas into energy at a rate of up to 90%,” he adds. “This contrasts dramatically with a typical centralised grid power station, which may use as little as 40% of the Aenergy within the fuel. With our gas engines, we are promoting using energy wisely, efficiently and in a way that reduces carbon emissions across the globe.”