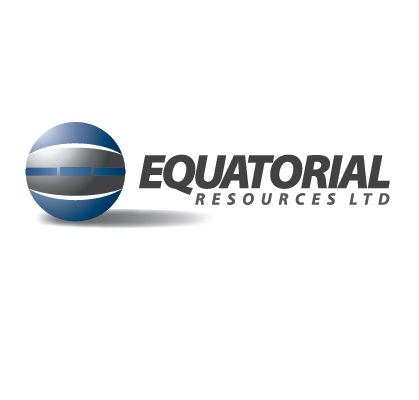 Pioneers of the African Pilbara

Australian explorer Equatorial Resources has two iron ore projects in the Republic of Congo: one close to production and another poised to become part of a new African iron hub akin to Western Australia’s Pilbara region.

The IRJ last spoke to Equatorial Resources Ltd (ASX: EQX) in December 2012, since which time the Company has made significant progress with both of its projects. The Mayoko-Moussondji Iron Project in the southwest of the Republic of Congo (ROC) is little more than a mining licence and finance deal away from construction and, given the project’s access to existing rail and port infrastructure, the total capital required to build the mine is modest. The Badondo Iron Project in the north of the country now has an exploration target of 500 million tonnes DSO-grade haematite based on the initial drilling campaign at the project, and a flurry of mining activity unfolding around it.

In a region of the world infamous for its remoteness, finding a prospective mineral deposit connected by rail to a deep-water port is a near impossibility. But that’s exactly what Equatorial found in the Mayoko-Moussondji project, which it snapped up in 2010 and has been busily progressing since. The past year has been particularly eventful, says Managing Director and Chief Executive John Welborn, in terms of solidifying and improving the project’s credentials.

“We engaged WorleyParsons in early 2013 to perform an independent review and gap analysis of the Scoping Study completed by our Project Management team, and to sign off on our expected capital and operating costs for the project,” he says.

“WorleyParsons also aided us in upgrading the Scoping Study to a Feasibility Study, which we’ve now lodged with the authorities as part of our mining licence application [formally lodged on 10 December 2013]. That allows us to focus on securing the permitting approvals we need to crystallise the work we’ve done over the last three years, and to demonstrate Mayoko’s ability to produce a premium product with first quartile operating costs.”

The initial resource was upgraded during that process, delivering a stunning 78% increase to the Total Haematite Resource (Indicated and Inferred) to 182 million tonnes (Mt) at 37.7% Fe. The Indicated Haematite Resource increased by 118% to 55Mt at 39.3% and the total JORC Mineral Resource Estimate, for haematite and magnetite, increased to 917Mt at 31.4% Fe.

“That’s a hugely successful result from our geological team, and an important milestone for Equatorial,” remarks Welborn.

“The substantial growth in Mayoko’s haematite resources significantly increases our inventory of upgradeable material. More than doubling the Indicated classification of Haematite Resources is the result of excellent work by our technical team and, in addition to providing a strong platform for development, will support our current discussions on strategic partnership and financing.

“Equatorial has the largest published JORC resource in the Mayoko region, which demonstrates the massive scale and long term potential of our project,” he adds.

In addition to upgrading its resource and lodging a mining licence application, another milestone at Mayoko this year was receiving formal notification from the ROC Government confirming Equatorial’s existing access agreements for the state-owned rail and port infrastructure connecting Mayoko to the export market. Welborn says the confirmation was “really positive” and evidence of the Government’s support.

“We’ve had a very positive experience working with the ROC Government and the various ministries: of mines, of transport and of environment,” he affirms.

“As a result, we’ve successfully progressed from prospecting permits, to exploration permits, and now to our mining licence application – and once that’s approved, we’re well on our way towards production. Remember, this is one of the very few projects in Africa that can be developed without building new rail and port infrastructure and with low capital requirements, which makes it a standout development opportunity.”

Equatorial has also worked hard this year to build up its relationship with the Mayoko population, establishing its Social Licence to Operate. The developing status of the country and the remoteness of the project have given Equatorial extra impetus to involve and help local people where it can.

“The ROC is a country undergoing amazing social and economic transformation,” Welborn begins. “It has a small population and a long-running oil industry, and increasing Chinese investment is creating opportunities for the country – but also challenges.

“Mayoko is in a relatively remote area but it does have an existing population and we chose to build our camp in and around the community. We’ve been very engaged: we train, recruit and employ locally, and we develop Congolese skills wherever we can. In 2013, our main focus was building classrooms at a school in Mayoko, which we’re very proud to have done, and we’ve also provided a range of healthcare, education and services to the community including electricity, clean water, road repair and waste management.”

Most important of all Equatorial’s corporate responsibility measures, he adds, are its clear, defined policies, concerning areas such as its integration with the local community.

“We have a guiding policy for all our employees to follow, to ensure we’re providing a safe environment for not only our workers but also for the local people,” says Welborn.

“It ensures that we are providing a positive benefit for the local environment and community.”

The upgraded Mineral Resource Estimate on Mayoko still covers only 45% of the 46km mineralised strike, meaning there is still potential to increase the resource base substantially through further exploration. However, 2014 will be all about securing the environmental approval, mining licence and project finance – hopefully in time for the mine’s construction in 2015.

“Our preference is to look at getting a strategic partner at the project equity level, and we have a number of ongoing discussions with interested parties,” says Welborn.

“It’s going to be a very exciting year – moving out of exploration and into development.”

That’s the short term covered, but Equatorial has the long term well-mapped out too. The Badondo Iron Project in the north of the ROC has potential to be a much larger project than Mayoko, as demonstrated by its 500 million tonne exploration target. Equatorial also expects Badondo to have a higher grade of ore than Mayoko, of direct shipping (DSO) standard. Crucially, however, Badondo currently lacks the access that has made Mayoko a great prospect.

“We’ve completed an initial drilling campaign and identified a huge target at Badondo, but the challenge lies in its lack of infrastructure,” Welborn explains.

“This year we need to establish road access, provide camp infrastructure for our exploration teams and get in there with some heavy-duty drilling equipment to prove up what we think could be one of the more significant projects in the region, if not Africa as a whole.”

The development of Badondo will depend heavily on the action and cooperation of other stakeholders in the region, including fellow mining companies Sundance Resources, Core Mining and the government of Gabon who are developing the neighbouring Belinga project.

“There is potential for enormous reserves of high-grade iron ore in the area, and that is demonstrated by the other massive projects in the region: Sundance’s Mbalam Project, Core’s Avima Project and Gabon’s Belinga Project,” Welborn remarks.

“Our view has always been that overcoming the region’s infrastructure challenge will unlock the value of those deposits, and perhaps others of smaller scale nearby. That will require amalgamation and cooperation between the governments, end users, miners and logistics providers. People refer to this region as the ‘new Pilbara’ with good reason – it’s a long-term proposition, but one that I see as enormously exciting.”

The end result, in Welborn’s view, is that Africa will become a key global iron ore supplier, and Equatorial become Africa’s next major iron ore company. He grew up in Perth, Western Australia, and over the course of his life watched the Pilbara’s iron ore industry grow from zero to 500Mtpa of export capacity. He sees a similar thing happening in the north of the ROC, but quicker.

“The world’s need for iron ore is going to continue to increase year after year, and while the majors could potentially meet that increasing demand, the reality is that the main buyers of iron ore are looking to diversify away from the majors and into Africa, where production will come online as soon as the value of huge, high-grade deposits like Badondo is unlocked.”