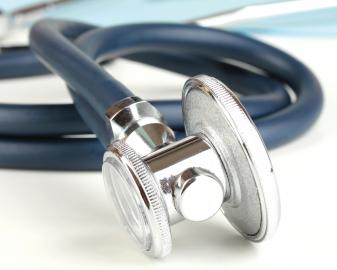 With a vision to be Africa’s leading manufacturer and provider of pharmaceuticals, Dawa Limited has grown exponentially in the last 40 years.

Established as DAWA Pharmaceuticals Ltd. in 1974, DAWA LIMITED was initially a joint venture between the Kenyan and Yugoslavian government, now Slovenia, with Krka pharmaceuticals. In the decades that followed, DAWA was at the forefront of pharmaceutical manufacturing in East and Central Africa and made products under contract for the UK’s Beecham Pharmaceuticals which is now known as GSK. Along with creating products for other European companies, DAWA made products for itself and in 2004 it was bought by Medisel (K) Ltd and renamed DAWA LIMITED.

“DAWA LIMITED started its operations in October 2004 with less than 50 personnel and has steadily grown to a staff of 450 employees,” says Dr. Ajay Patel, DAWA LIMITED’s Managing Director. “We are one of the largest pharmaceutical manufacturers in the region and offer a range of human and veterinary pharmaceuticals. Our company aims to provide high quality pharmaceuticals at affordable prices.”

“I come from a family of pharmaceutical and medical heritage,” says Dr. Patel. “My father obtained his pharmacy degree in the USA in 1948 and immigrated to Kenya to start a retail pharmacy in 1951 in a small town outside Nairobi called Thika.

“I spent my childhood days helping my father in the store. (After) I graduated with a BSC Pharmacy in 1984 from the University of Wisconsin in (the states) I came back to Kenya in 1986 and joined my father in running the retail shop and helped to turn it into the largest distribution outlet in Central Kenya.”

Soon after, Dr. Patel partnered with his childhood friend Dr. Raju Mohindra and they formed Medisel (K) Ltd in 1994. The company started by importing finished pharmaceuticals from India, China and Europe.

A unique aspect of DAWA LIMITED is that not only does the company supply medicine it also manufactures a range of high quality pharmaceutical products which include syrups, injectables, tablets, and capsules for humans and veterinary use. This approach to the business was taken to offset challenges which Dr. Patel and his partner initially experienced when the company was in its infancy.

“Being in the importation business, there were certain barriers which Dr. Patel and his partner needed to overcome,” explains Dr. Patel. “The barriers included the supply of quality pharmaceuticals to aid agencies, non-governmental organizations and entry into the regional market. This was to be overcome by the purchase of DAWA Pharmaceutical Ltd. Thus the group now could supply quality pharmaceuticals manufactured in Kenya to all categories of customers.”

In turn, DAWA has been recognized for its outstanding contribution to the industry. The corporation was acknowledged as one of Kenya’s Top 100 mid-sized companies in 2010 and 2011; DAWA ranked No. 7 and was declared the Healthcare Industry Champions in 2011. The company also claimed victory with the Energy Management Award in 2010 and won accolades in the Electricity Savings category for SMEs and for Best New entrant.

Although based in Nairobi, DAWA LIMITED has extensive footprints in Africa. It has a presence in Uganda, Rwanda, Burundi, Zambia, Malawi, Ivory Coast, Democratic Republic of Congo and South Sudan. Moving forward, the company is currently working to gain entry into Senegal, Benin, Togo, Guinea, Conakry, Madagascar, Tanzania and Ethiopia within the next 12 months.

The company is a trailblazer with its unique Corporate Social Responsibility initiatives and offers free medical camps.

“The group participates in various medical camps in Kenya by donating medicines,” says Dr. Patel. “The main medical camp that the group spear heads is the Thika Cataract Surgery camp. The group organized, coordinated and sponsored the project with Thika Level 5 Hospital where the camp was held.”

DAWA coordinated sponsors, patients, and doctors and provided medical supplies and volunteers. The volunteer doctors were from Vision without Borders in Spain.

“This year’s camp was launched at Thika District hospital in May where the Kiambu Governor Hon. William Kabogo was the chief guest,” he says. “The project was a success and approximately 220 patients had their vision restored. The patients were provided with meals and were all issued with sunglasses and medicines.”

They were also seen again three months later for a follow-up exam and glasses were issued free of charge if they were required.

DAWA LIMITED is currently working on completing the expansion of its manufacturing units. The company is renovating the Beta-Lactam unit which will result in a high capacity and a WHO-standard unit.

“The DAWA-Medisel group is currently working on various projects which include a large Shopping Mall in Thika, a multi functional residential and commercial development on the outskirts of Nairobi and it recently acquired a pharmaceutical factory in Thika where corporate offices will be built and a veterinary manufacturing unit will be set up,” says Dr. Patel.

In 2014 DAWA will initiate the expansion of their general manufacturing block which is earmarked for completion in 2015. This plant will be one of the most modern and efficient local pharmaceutical manufacturing companies in the region and will give DAWA an additional competitive edge.

With the company adapting SAP in early 2014, DAWA LIMITED is set to become Africa’s leader in the manufacturing and supply of pharmaceuticals.