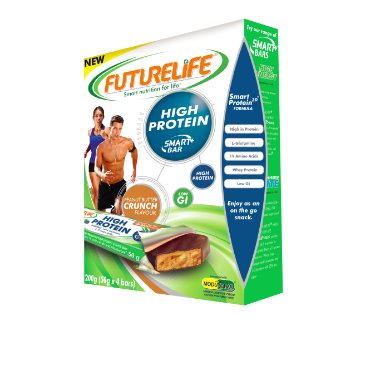 The food of champions

It’s the 2012 Summer Olympics in London and a young South African swimmer, Chad Le Clos, is standing by his locker, eating a bowl of FUTURELIFE® about to compete against global superstar Michael Phelps, the heavy favourite to win the 200-meter butterfly. If Phelps wins, this will be his third consecutive gold medal in what is considered his signature event after he won it at the 2004 and 2008 games.

The other swimmers in the locker room are drinking shakes and sports drinks. Le Clos finishes his FUTURELIFE Smart Food and a couple of hours later, despite Phelps leading the race with just three metres to go, Le Clos beats him to the wall.

The New Choice for Olympians

Months before the Olympics, Le Clos had approached Paul Saad, CEO of FUTURELIFE and asked if the company would sponsor him. He said he ate the meal every day before and after workouts and found that it was the only product that sustained him during his heavy training.

“At that stage we already knew him and said we’re not sure, it’s a lot of money,” recalls Saad. “So you can imagine when he won that gold medal the incredible feeling I had to think he was a FUTURELIFE fan and we’re not sponsoring him!”

After Le Clos won, his dad gave an emotional television interview. The video went viral. So when FUTURELIFE shot a series of commercials to re-enact Le Clos’ Olympic win, they decided to include his father as well.

“That was a great experience,” says Saad. “Because drugs are so prevalent in sports, with a guy like Chad eating FUTURELIFE all of the time and being tested regularly, you’ve got a meal which is drug free.”

Saad says that many of the South African athletes at the Olympics had been eating FUTURELIFE and not casually.

“It’s a major part of their training,” he says. “We were very excited about it and not many people know about it. The porridge is a convenient, easy way of getting in the nutrients.”

After working as a chartered accountant, Saad invested in a manufacturing company. He realized he liked being involved in production and “liked the idea that I could sleep at night and the machine would be operating.” That was the motivation he needed. With a mission to improve the health and wellbeing of consumers, Saad developed a desire to produce a nutrients based food which was precooked and needed only to be mixed with water.

“You don’t necessarily have to add milk,” he says. “Some people don’t have the availability of milk. I also wanted it to be palatable, without having to add any sugar. And I wanted it to sustain someone for a long period of time. It had to have a low Glycemic Index (which makes you feel fuller for longer) and not promote a spike in sugar levels.”

Saad worked with a research team of doctors and nutritionists. It took two years to develop the FUTURELIFE Smart Food and it became South Africa’s first and only “scientifically formulated balanced, nutrient dense food to contain MODUCARE”, a daily immune supplement.

The functional food can be mixed as porridge or as a shake and the company is currently working on creating a FUTURELIFE drink. The product is gluten and lactose free. Mothers and children are fans so much so that there is Smart Food for Kids. Saad says that even “surfers enjoy it. They don’t feel bloated in the stomach when they board.”

Surfers and Olympians aren’t the only supporters of FUTURELIFE. Popular personalities such as Rugby player Pat Lambie, Paralympic Bronze Medallist Gavin Kilpatrick and Survivor contestant and FHM Model, Brigitte Willers, all incorporate the smart food into their daily routines.

Recently the internationally renowned British Journal of Nutrition published an independent trial on the impact of nutritional intervention on people with debilitating disease and used FUTURELIFE Smart Food as an example. Saad says that the results were “outstanding”.

“I’m a little bit of a perfectionist when it comes to things,” he says. “I try to empower people to achieve their maximum in their area of expertise. Mediocrity will not be accepted. I’m a chartered accountant but food and nutrition is my passion. Our team has a desire for knowledge and this is what differentiates and drives our success.”

Talking on innovation, Saad says that in the higher LSM market in South Africa consumers usually prefer a product with a crunchier texture.

“Although we cater for this taste preference with our CRUNCH product, we formulated our Smart food range with a smoother texture and in doing so achieved a better type of product,” he explains. “We don’t innovate just to be different – we innovate also to change the rules and as a result we’ve taken a lead in our field in a number of respects.”

When he created the product, Saad says he wanted something to give to people to have a “good life, a healthy life”. And it seems as if he’s done just that.