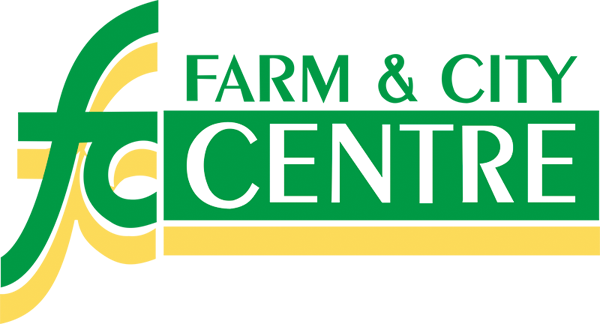 Farm and City Centre of Harare, Zimbabwe has a rich and storied history dating back more than a century, with origins in those early years as a farmers’ cooperative. In fact, it was the second largest co-op on the continent of Africa, behind only the biggest one in Cape Town, South Africa.

The company’s main location is about 3,300 square metres right in the downtown core of the nation’s capital. The primary products sold include hardware, agricultural and veterinary supplies. The Farmers’ Co-op was in operation until 1919, when it became a limited liability corporation.

As the years went on, the company began more detailed engagement in retail, which meant they became closely involved in things like shipping and building rail lines.
“It was a way to get the farmers together and be able to market their maize,” says Peggy Rambanapasi, Group Managing Director at Farm and City Centre, during a recent interview with The African Business Journal. “They were able to send maize up to Europe. I think at that point one of the biggest ships that used to ply that route to Europe was called the Copenhagen. Unfortunately it sank at some point but it goes to show just how big a farmers’ corporate cooperative it was in its day.”

Rambanapasi has been with the company for just more than five years. Farm and City Centre is a retail division of CFI Holdings Ltd with 39 store locations.  She began as the Managing Director of the Town & Country supermarket chain in late 2008 before moving up the ladder to assume the role of Divisional Managing Director for CFI Retail in June of 2009. The next stage is to continue growing an already strong retail empire, with an eye on specific countries and regions.

“We’ve really been looking at Mozambique,” Rambanapasi tells us. “We have found a lot of similarities between ourselves and Mozambique and we think it’s an area in which there is a need as well. Right now we are also looking at our own local stores including one that had burned down. We just recently reopened it again. We are also looking at improving the metrics within the stores, so basically setting the standards higher here in Zimbabwe so we can then focus efforts outwards.  This year we are spending a lot of time inserting those assets that we have in Zimbabwe and then next year we’ll look beyond our borders.”

“Vetco has a history within Farm and City,” Rambanapasi continues. “It then went separately, as they decided to focus on it through CPG but lately they relooked at it and we did so as well from the point of view of customer experience. A lot of Vetco shops were within Farm and City and it made a lot of sense for us in terms of the synergies for us to be able to absorb Vetco within Farm and City and still look at it as a brand because it requires specialists’ attention.”

It was recognized there were a lot of duplication of services having the two being apart, which wasn’t the most efficient way to proceed.  Since the two have joined closer together again, it has helped the Vetco brand immensely. It also provides a seamless experience for the shopper who comes in to Farm and City and Vetco.  The Vetco brand offers top-quality veterinary and related products as well as technical support to each of its customers with professional project planning, state-of-the-art disease control capabilities, and laboratory testing for accurate diagnosis.

“It makes life so much simpler for the customer,” Rambanapasi states. “It means it’s a one-stop shop.”

Further to that, is the introduction of hermetic storage products, which is something Rambanapasi envisions as a bright spot for the company’s future growth plans. The storage units were first unveiled in September, 2013 and help reduce post-harvest losses of grains for small-scale and commercial farmers and agro-processors. Additionally, she mentions that they also can provide long-term organic storage, which eliminates the need for chemical insecticides, which is of major benefit to the environment and those living nearby.

“We always look at being a leader in the range of products we can provide to our customers,” she says. “There is a huge opportunity to increase sales through the existing stores, product range and services, and we look to capitalise on that. It’s something we’ve put a lot of work behind.”

Farm and City Centre is known for being at the forefront of supporting each of the communities in which it operates.  It has been a corporate philosophy for many years and something Rambanapasi is very proud about.

“Over the years we’ve been engaged in various activities with various NGOs, (non-governmental organizations)” she says. “They go out into the communities and support ag-retailers. For instance, if there is any input being given out in a particular area we then act as a wholesaler without actually collecting money, so basically we find somebody within the local community. We put our goods in that local community store and people come in and buy from that person. Once the person has collected all the money, they keep a portion for themselves and rest comes back for the product.”

Farm and City Centre makes a point of going into these various communities, because it is inherently difficult for many small store owners to have the time and ability to bring many of the products back to their community, especially the big bulk items.

“You can imagine that if you have no transport and you want to be carrying 50kg of seeds or supplies it would be quite a difficult thing to do,” Rambanapasi notes.
Farm and City Centre has shown its support for more than 300 general dealers in remote rural areas of the country in its agro-dealer partnership plan with non-governmental organizations, supplying these dealers with products on credit to promote local growth and encourage entrepreneurship.

“Working with the general dealers, NGOs and private sector organisations has been a great opportunity for us to build trust and relationships with those small businesses in rural areas,” Rambanapasi remarks. “We very much want to be an integral part of the localities in which we operate.”

As with most all regions of the world, Zimbabwe was also hit hard by the global recession that first began to take hold in 2008.  It held its grip on some countries and regions longer than others, and Rambanapasi is very candid in saying the downturn reached them as well.

“It’s been a challenging time for everyone in the country and our business is no exception,” she confirms. “But we have overcome that difficult period and have seen an upturn in business, which is a positive sign.”

Rambanapasi says the main contributing factor to Farm and City’s success has been the retention of excellent staff, strong talent management and ongoing management training.  In addition to that, the company believes in rewarding in-house talent that performs up to and beyond expectations.  All of this leads to excellent relations with suppliers and customers.

“They feel they get great service because we offer strong advice,” she notes.  “We understand from their point of view what they need to be successful.  We’ve always treated farming as a business.”

There is competition for Farm and City, but it is fragmented at best.  Few other companies have the ability to straddle so many areas that Farm and City and Vetco covers, and that unto itself give the company a huge advantage.

“People want to be able to shop in one place and move on, and we can provide that, along with professional advice,” Rambanapasi says.  “We have a powerful brand name dating back to the days of the co-op.  It’s a strong brand and people know what it stands for.  People remain loyal to a brand that treats them with respect.”

Projections of growth during the next three to five years leaves Rambanapasi saying she would like to see additional products and services with a larger corporate footprint.
“What we must do – without a doubt – is not just have a physical store but it is also increasing our digital footprint in terms of having the storefront on the Internet because we do have a disjointed relationship with some of our customers who are not in Zimbabwe. They contact us through email; we then have to find a way for them to make payment. We want to have seamless interaction with those customers.  It makes sense that someone could be in a very remote location and be able to buy everything online and have it sent out to them, which is a service we’d like to provide.”

Farm and City and Vetco is also now engaging more directly in the social development aspect of the country, including helping orphaned or otherwise vulnerable children. Giving back to the community is something senior management is passion about and collectively continues to work tirelessly to ensure each of those vulnerable children are given the opportunities to succeed in life.