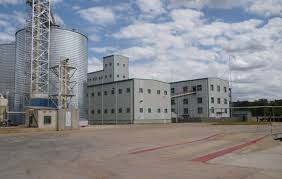 As you proceed along a quiet, tranquil country road some 30km outside Luanshya in the Mpongwe area of Zambia there suddenly appears a magnificent, state of the art feedstock production facility that is revolutionizing the way the agriculture industry is being run in the country.

Emman Farming Enterprises is the resultant evolution of almost 50 years of industry experience by a Zambian-Greek family, led by company director Konstantinos Tsolos, a second-generation from the family tree.  It was perseverance and hard work of three determined brothers who initiated the business after emigrating from Greece. What started out as a small venture became one of the biggest poultry farms in Zambia, including automated processing.

Originally the family owned Flamingo Farms Ltd., an enterprise that had long been known as the preeminent leader   in the production of eggs, chickens and stock feeds. Flamingo Farms was sold but the Tsolos family decided to focus on much bigger goals and aspirations.  Now, in cooperation with Agico Anyang General International, experts in the production of soya oil and animal feed, the principals involved with Flamingo Farms Ltd. have transcended a new business – Emman Farming Enterprises (EFE).
“After we sold Flamingo Farms we were planning to build another plant with our stock feed facilities on the side so we could produce animal feed since we had that link through previous experience,” Tsolos tells us.

It was about five years ago that the family first began to make moves on opening their new magnificent facility.  Total investment for this new soya solvent extraction plant, and state of the art stock feed plant was US$20 million.  It was three years to complete the planning and construction phase and they’ve been up and running for about two years. The closed area of the farm is about 200 metres by 300 metres. On the EFE property are six enormous silos, each capable of holding about 2,500 metric tonnes of grain. The plant is approved by the Zambia Bureau of Standards (ZABS). The company employs about 125 workers when in full operation. As Tsolos notes to TABJ, the stock feed section by itself can require about 75 workers to keep up with production requirements.

Quite impressively, the plant’s stock feed facility has a capacity to churn out 10 tonnes of product per hour. Daily production capacity therefore is more dependent on the outside demand. At this point, there is no amount Tsolos and his team cannot provide. The hope is that expansion will become necessary sooner than later.
“We started in vegetables and then moved into livestock poultry,” Tsolos says.  “We can store 15,000 tonnes of soya beans or maize in our silo,” Tsolos proudly reflects. “The silos have the best ventilation and filtering systems, and temperature sensors.”

He goes on to say the filtering systems have the ability to remove up to 90% of foreign materials in the crops. On top of that, there is an all-inclusive fumigation process that monitors any harmful insects that may try and breach the crops. As impressive as all of this sounds – and is, Tsolos has no plans on standing pat.
“As the market grows, we will be installing another six silos,” he confidently mentions.  “We want to stay where we are and grow this business even more. It is the perfect location in terms of the environment, which is why we have put so much of our infrastructure here. Next, we must begin using the best in the latest technological advancements to our benefit while improving the working environment.”

Despite seeming like a gigantic entity to many outsiders, Tsolos says EFE does not want to monopolize everything, but instead wants to develop trusting relationships with each of the surrounding communities and beyond.

“Everybody needs to benefit from this,” he says. “We want to grow together with the community.”

Along with the pre-treatment plant are the six silos, which hold grain.  In terms of the amount of stock feed EFE can churn out in a given day, Tsolos says it depends on the demand of the product.

“We’re still relatively new so we’re not running at 100% capacity yet, but we can do 10 tons per hour if need be in an eight hour day,” he says.
Emman Farming Enterprises has drawn on the intellectual resources from both near and far, including experienced managers from South Africa and a chief engineer from China that supervises the projects.

As with most any industry in this day and age, state of the art technological computer systems take centre stage and are crucial for a company to remain at the forefront of the competitive curve.  All formulations are executed through computer software, using electronic sensors, hoppers and scales.

“The trend worldwide is to use technology for processing animal feed,” he says.  “You cannot fully eliminate human error when it comes to the final product, which plays a big role in this market. You have to achieve maximum growth on your main output. The more technology can become part of the process, the lower the risk of human error. It also aids in reducing costs and permits the company to run more efficiently.”

“The soya bean goes through a special treatment process in the pre-treatment building. It consists of crushing, moisturizing, flaking, and drying the soya bean. Following that, the soya is then moved to the extraction plant where the process of extracting the oil from the soya begins. The solvent extracted soya meal and crude soya oil is produced.”
The crude oil is stored in the Emman Farms facilities and it is processed through their firstgrade soya oil refinery plant.
“The final product is superior cooking oil that contains low levels of cholesterol, which improve blood circulation and reduces the risk of heart disease,” Tsolos says.
“By providing farmers with a market, we look to see the quality of life improve dramatically in the coming years, with more money being spent in the local market, helping the economy in this region.”

Giving to the Community

The plant was built far out in a more remote rural area for a number of strategic reasons.

“You can support a lot of small to mid-sized farmers out in rural areas such as this,” he says. “It’s difficult for maize and soy farmers to bring their crops to you when you are in a big city. When you put a plant like this in their area it helps to promote business relationships.  We want them to know we are here to grow with them. Production costs are also much cheaper here.”

There are a number of other companies involved in this line of work in Zambia and Tsolos admits to having such competition when it comes to producing animal feed.
“We have gained vast experience and knowledge and we’ve seen the other side of the business when it comes to livestock. Our high technology allows achieving great quality in our products and it will always be consistent.”

If you are at full capacity for all six silos they can store about 15,000 tons of soya beans.

The plan is to put up another six silos but first EFE wants to penetrate more of the market before taking that next major phase.
In three to five years Tsolos says the main priority is to build upon a brand name that customers can trust.
“Nothing beats a good name in the market,” he says.  “In this type of business you cannot stop.  We should be able to expand EFE into other markets in the not too distant future.”

Agriculture is right up there with copper mining as the lead economic stimulator for the country of Zambia and Tsolos sees that continuing for years to come.
“It is becoming a politically safe country to invest,” he notes.  “It’s a stable country and it continues to grow, which means there will be more business in the future. We also have the opportunity to penetrate bordering countries as well.”