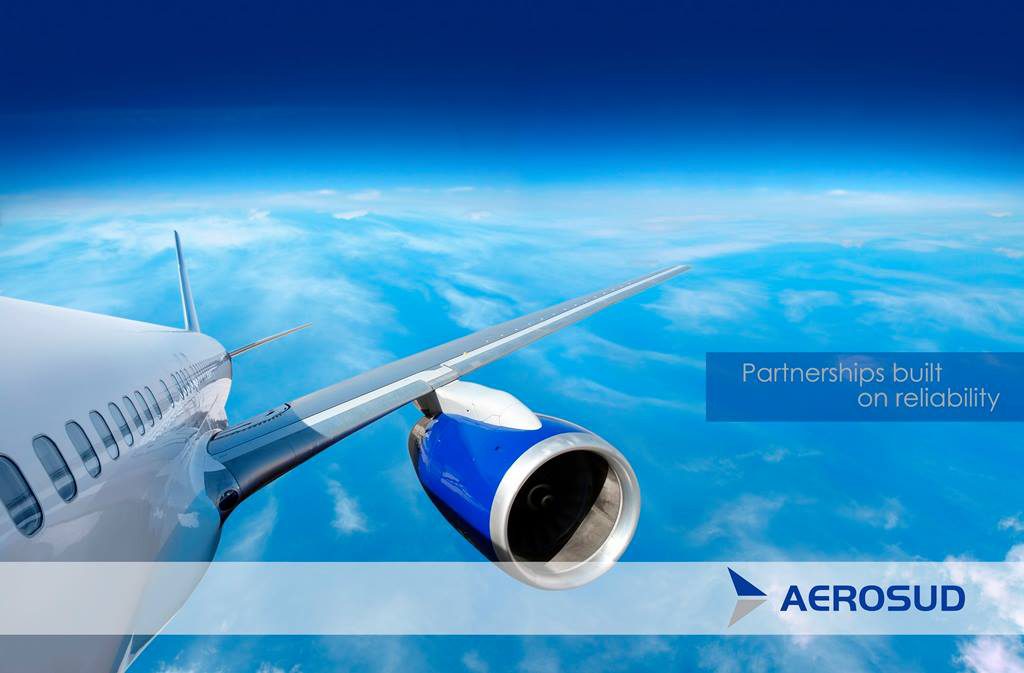 As an established leader in the South African aviation industry, Aerosud Aviation continues to thrive as a commercially successful enterprise. Established in 1990, Aerosud provides aeronautical engineering solutions for the civil and military aviation. In 1995, Aerosud embarked on diversification into the commercial aviation market with the design of galleys and other interior systems. Around the year 2000, Aerosud embarked upon major expansion of its production capacity. Situated near Pretoria, Aerosud manufactures around 5000 parts and assemblies per day or roughly 1.3million per annum. Their global portfolio boasts major contracts with companies like Airbus, Boeing, Labinal and Spirit Aero Systems.

When it comes to business, Aerosud believes in growing organically in already established areas while cultivating strong partnerships. Eighty percent of the business is privately owned by the current management team and their operations centre around ninety eight percent of their business being in exports.

Before the company’s formation, its key leaders started out in design development while running the SA Rooivalk Combat Support Helicopter programme. Dr. Paul Potgieter, Group Managing Director of Aerosud Holdings, was the programme manager then and when the Rooivalk programme was nearing completion, his team decided to move on and formed Aerosud Aviation.

Today, their business focuses on both Civil and Military Aviation Engineering projects. The company’s activities cover design, development, prototyping, manufacture and in service support. The Aerosud team attributes their success from their willingness to conquer uncharted territories while confidently investing in technology for the future in manufacturing.

Their key strategic partners support their vision and objectives. “Our single closest industry partner is the Paramount Group which, albeit that to date is having focused more on the military engineering environment, has been actively working with us in promoting our commercial aviation manufacturing profile” says Dr. Potgieter. “At the same time, we are at present developing a strong new relationship with Denel Aerostructures, with whom we have far more complementarities than competition in respect of our manufacturing capability and products profile.”

Aerosud may shortly be making some interesting announcements in this area. Their relationship with both the Departments of Science & Technology and Trade & Industry is excellent and well established and together, they are working on several highly innovative and advanced manufacturing technologies in which context their intimate and growing relationship with the National Laser Centre (NLC) and the Materials Sciences areas within the CSIR play a key part. The IDC (Industrial Development Corporation) has also played a crucial role in financing their growth over the last 12-15 years. “We expect that this relationship will not only be maintained but in view of the strong growth that we currently have to position for, could well be growing” says Dr.Potgieter.

In recent news, Aerosud Aviation won the tender components for Airbus Military’s new generation A400M airlifter, which will bring about another 30% or so of growth into their production portfolio. “This will result in a growth of between 150 and 200 additional skilled workers” says Dr. Potgieter. “Our successful bid for the full production of the Airbus A400M packages that we participated in the design for certainly is for us the single biggest feature for 2013.”

Other key developments include being contracted for two packages for the new Airbus A350 airliner, in which the first contract was for the so-called leading edge slat track cans, a product they developed in-house specialisation for the A320 range. This success lead to their selection for the supply of A350 track cans. The second contract was the direct result of their investment over the last four to five years in a new composite technology, referred to as CFRTP (continuous fibre reinforced thermoform plastic), an advanced new high-volume process offering a major reduction in production cost and efficiency when compared to conventional composites.

As the name suggest, CFRTPs consist of fibres embedded in a plastic which can be turned into products via a rapid melting-forming-cooling cycle. With the right “stamp-forming” equipment, such as the Aerosud 600Tons CFRTP press, a composite part can be formed every six to eight minutes. Aerosud is producing CFRTP Frame clips for the A350XWB, which is a structural application using Carbon Fiber PEEK ( Polyetheretherketone) a high performance engineering composite material. These parts are delivered to Spirit Aero systems in the USA and France as part of the section 15 structure of the aircraft

The particular CFRTP material used for the Airbus A400M cargo liner (glass fibre reinforced Polyetherimide “PEI”) is FSTH compliant (fire, smoke, toxicity, heat release); resistant against bumping and scratching as will be encountered in a military environment; and has an embedded Bronze mesh to protect the electronic equipment from Electro Magnetic Interference (EMI shielding).

Composites combine high strength and stiffness with a low density, which gives them exceptional specific properties. Their lightweight character composites reduce the fuel consumption of aircraft, whereas their resistance against corrosion increases the lifespan of airplanes, reduces maintenance cost and contributes to developing ‘greener’ aircraft with lower operating costs.

Aerosud is certainly contributing towards taking the global aviation industry forward and is recognized for sustainability and environmental efforts on their approach to social responsibility. Dr. Potgieter says “the major challenges of the recent years, severely curtailed our efforts at living up to our views on corporate social responsibility. Currently, we are reviving a number of initiatives ranging from the expansion of our in-house apprentice training school to the introduction of an Employee Empowerment Trust. This latter initiative is aimed at directing our BBBEE compliance actions towards broad-based beneficiation for our own staff, ranging from education and training, to social welfare activities and productivity incentivisation.”

They are also actively supporting the Centurion Aerospace initiative of the DTI which, once it gets into full swing, will undoubtedly constitute a powerful platform for industrial growth and job creation, and Aerosud will be playing a leading role in mentoring and fast-tracking new local SMME entrants into the aerospace supply chain.

Having responded to changing political climates and succeeded, Aerosud is a recognized and respected brand in an increasingly competitive international market place. With their focus set on the horizon ahead, Aerosud moves forward with implementing trends and their vision for future success. “Having now parked the A400M development challenge and, together with the ramp-up of the A350 program as well as growing production volumes on main line programs including the A320 and Boeing 737, we are now faced with a major growth opportunity” says Dr. Potgieter.

Their highest priority is to ensure that they own up to their commitments in ramping up production volumes, involving building and capital equipment expansion and the training of new staff. Another crucial concern is repositioning the company on such matters as BBBEE compliance and institutional financing partnership in the process, not only supporting the National industrial growth targets but also positioning the company such as to optimally benefit from industrial development incentivisation from the SA Government. Dr. Potgieter states “Aerosud has become a respected global brand name, and given the opportunities that we now have, we are expecting the recent growth in turn-over to further accelerate, with the R1Billion sales hurdle likely to be crossed within the next 12-18 months.”

With their extensive facilities and the diverse skills of their team, Aerosud is able to offer a wide range of products and services for major aircraft manufacturers from prototype design and development to full scale multi component production lines. Aerosud demonstrates the country’s capabilities in the aerospace manufacturing industry in their achievement for a South African country to become a part of the global supply chain.