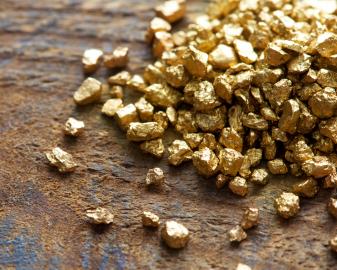 South African gold exploration and development company Goliath Gold is a company listed on the Johannesburg Stock Exchange (JSE:GGM) and was founded in October 2010 by mid-tier mining group Gold One International Limited through the reverse takeover of JSE-listed gold producer White Water Resources.

Within the transaction, Gold One’s Megamine assets, valued at R260-million and containing over 12-million JORC and SAMREC compliant resource ounces, were sold to WWR in return for 10.5 billion shares at R0,25 each to Gold One, giving the mining giant 72 per cent stake in the company. The new entity was soon re-named Goliath Gold.

After a few delays, the deal was officially completed in March 2012 and reportedly represents the first consolidation of gold mining assets in the East Rand area of the Witwatersrand basin.

As for the motivation behind this development, Gold One said the deal would allow its deeper resources to be fully developed through Goliath Gold, without detracting from Gold One’s future strong cash flow status and stated strategy of developing shallow projects.

Although Goliath Gold is a fairly new entity, the experience behind the company is extensive.

Goliath Gold has been benefitting from the management team that successfully explored, financed and developed Gold One’s Modder East mine, which poured its first tonne of gold only 10 months after its commissioning.

Sub Nigel, which has been used as a training centre in the build up to full production at Gold One’s Modder East mine, will continue to operate as such.

To the South of Megamine, the Wit Nigel prospecting area covers over 21,000 hectares, comprises of 10 farms in the Highveld of Gauteng Province and is considered an important asset within Goliath Gold’s resource base. Wit Nigel has a historic non-code compliant resource of an estimated 3.2-million ounces of gold.

According to the company’s summary report of Wit Nigel that was released in September, the Nigel and Kimberley Reefs are the prospective targets across the project area. Historically the Nigel Reef was a major ore producer. Gold production commenced at the Nigel Gold Mine in 1888 and the earliest reference to gold production in the Wit Nigel area is the registration of a company called Witwaterstrand Nigel Limited in 1933 with operations on the farm Houtpoort. The last detailed description of gold production on Wit Nigel was in 1983.

In 2012, Goliath Gold’s Wit Nigel project activities focused mainly on combining newly obtained information from the surface and underground mapping, sampling and drilling programmes. This year, the company says it has been continuing with its exploration drilling.

In April, Gold One and Goliath Gold announced the acquisition of the Pamodzi East Rand Operations (PERO) valued at 70 million rand.

Under the deal, Gold One and Goliath Gold would acquire control over the underground deposits of Grootvlei Proprietary Mines, consolidated Modderfontein Mines and Nigel Gold Mining Company. Gold One would also obtain the prospecting rights to the down-dip extensions to the Modder East Mine and acquire the Grootvlei treatment plant, the Number 4 Shaft Infrastructure and the Main Office complex for 65 million rand. Furthermore, Goliath Gold would obtain prospecting rights and acquire historical mining and geological data over the remaining PERO for 5 million rand.

“Together, Gold One and Goliath Gold will have access to explore one of the largest brownfield exploration properties in the world that still hosts significant potential resources,” said Neal Froneman, CEO of Gold One as well as Goliath Gold, at the time of the announcement. “We believe that there is potential for another three to four operations within the East Rand Basin all of similar scale to Modder East, and we plan to follow the successful development philosophy employed at our Modder East Operation.” This clean sheet approach considers targeting unmined areas with modern and appropriate infrastructure, without the consequence of historical rehabilitation and underground water legacy issues.

He added: “This acquisition further enforces our commitment to the continued growth of responsible and sustainable mining, not only in the East Rand but in South Africa as a whole.”

According to reports by MiningWeekly, the company aims to have all relevant approvals by July.

As a company that has been going through significant transformation, Goliath Gold has decided to push that wheel of change even further with the appointment of a new executive with a fresh perspective and a new take on the future of the company.

Dr.Richard Stewart, who had been acting as CEO since December after the exit of Froneman, was officially asked to head up the Gold One subsidiary for an initial one-year period, which started on January 1. Stewart was formerly the Gold One International executive VP for technical services.

Looking into the rest of 2013 and beyond, Goliath Gold is reportedly turning its focus on advancing the Megamine project – which in March revealed mineral resources estimated at 12.19-million ounces of gold, including 82.07-million tons at a grading of 4.62 g/t – as well as finalising the PERO transaction.

South African daily BDLive.com reported in April that the company was also looking at securing an “exclusive prospecting license for Etendeka and begin exploring on the Elephant project”.

“With the ongoing support of our strategic partners and financial backing from Gold One, our major shareholder, Goliath Gold is well positioned to take full advantage of difficult exploration market conditions and establish itself as a leading African explorer,” said Stewart in the interview.