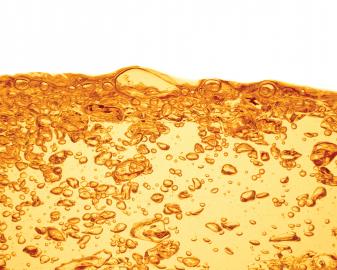 Twizza is a carbonated soft drink manufacturer and distributor based in South Africa that began its days as a small startup. A decade later, it has grown to become one of South Africa’s most popular soft drink brands and with the opening of its new factory in Middelburg this year, the company is poised for positive growth.

Twizza was founded in 2003 when Ken Clark, a veteran in the dairy business, partnered with a colleague who had a small production bottling and packing a carbonated soft drink on a low scale.

“We started with very small beginnings,” says Clark, chief executive officer of Twizza, describing how the company’s first line was only capable of doing 4,000 litres (L) an hour.

Within five months, the line was running 24/7 and they urgently upgraded to another line to meet the widely growing demand.

Twizza’s newest production facility currently being built in Middelburg is capable of meeting the needs of the South African market and beyond.

“Start to finish [the new facility] has the best equipment and is the most sophisticated line in the country,” says Clark.

Twizza has gone through rapid growth since its inception 10 years ago, but it has experienced remarkable expansion especially in the last two years.

The choices also span into the quantities available ranging from 330 mL, 500 mL as well as the 2L variety.

Twizza’s most popular flavours have been thanks to a stringent process between Clark and his product development team. Clark describes a rigorous process of creating flavours, going through meticulous taste tests and tweaking the product until it’s just right.

“We develop the product until we believe it meets our standards and the standards our customers expect from us. Only then do we release them to the market,” explains Clark.

When it comes to quality, it also means Twizza’s interactions with its customers are top notch, often delivering products within 24 hours of an order, complete and in-full.

“We consider our customers to be an extension of our business,” he says. “We believe if we look after them and cater to their needs, we become a vital priority for them as well. That’s been one of the key successes to growing our business.”

In March 2012, Clark and team of experts broke ground in Middelburg and began constructing what will be one of South Africa’s most advanced manufacturing plants.

Working with Imbono FJA Architects, the team has taken a greenfield site and have installed a 12,800 square metre factory which will have four plants at completion.

“I have worked with [Imbono] on a few projects in the past and they have a keen ability to understand what my requirements are and, carefully and methodically, turn that vision into a reality,” says Clark. “They’ve done an outstanding job.”

Phase 1 is near completion and Phase 2 will be underway this year. Aside from the size of the facility and volume that will be produced, part of what will make this factory second-to-none is Clark’s affinity for technology.

“I have an eye for the technical side of the business and I think that has helped with our successes,” says Clark. “I have gradually been able to purchase state-of-the-art equipment to best suit our growing needs based on market demands.”

He is outfitting the factory with the latest manufacturing line from a leading German equipment producer, which includes a high-end LDS system that monitors all the efficiencies, defects and other notifications to help manage the production plant in the most efficient way possible.

“Management is able to go into the system and get a clear overview of how the equipment is doing, so you can really see where the problems are and rectify them when you need to. It gives you useable information to manage the plant,” he explains.

The Middelburg factory will also operate more sustainably than other facilities with technology that is 25 per cent more efficient on power, a factor that goes a long way in a country plagued with energy shortages. Twizza is also using heat generated from the machines to naturally dissolve the sugar for the beverages.

“We’re making the facility as green as we can without going over the top,” says Clark. “Most people just waste that energy generated from the machines and disperse that heat into the atmosphere. We’re utilising facilities that are there any way to really create a sustainable and efficient line.”

Phases 3 and 4 will see the expansion of the third and fourth production line, which will require a significant expansion of the building, but the specific sizes of the lines will be dictated by the market, says Clark. For now he anticipates those plans to go into development from 2015 onwards.

Based on the current rate of growth, the future for Twizza looks promising.

The new factory has the capability to become four times larger than it is today. And the market in South Africa is expanding so fast, Clark doesn’t feel it’s imperative to aggressively go across the border at this time.

In light of all the factors that make it clear why Twizza has been so successful thus far, like having leadership that projects a sharp business sense, an eye for the latest technologies and efficiencies, and a demand for the best quality, Clark also recognises that a company is only as good as the people it keeps.

“We’ve assembled an amazing team of people and the success of the business is really about the passion of the team,” says Clark. “Our team is exceptionally committed and have worked extremely hard to get the sales figures that we have achieved in the last year. It’s remarkable. There have been a few companies that have been able to grow at our rate and that’s all down to the people and the hard work they’ve put into it.”