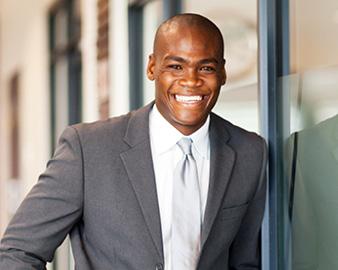 Headquartered in Ruaraka, Nairobi, Pabari formed in the 1950s, started  out as a small provision shop known as Pabari Distributors Limited whose core business was the distribution of food products. The group is led by directors: Rajesh Pabari and Kaushik Pabari.

In 1998, ambition led the company to expand into the pharmaceutical industry. Uni Supplies And Marketing Kenya Limited was set up to distribute a range of pharmaceuticals including prescription drugs, over the counter medications and medical supplies. “It is the sole agent in Kenya for Amoun Pharmaceutical Co., Amirya Pharmaceutical, Expo Pharma and Pharaonia Pharmaceutical; all major pharmaceutical manufacturers based in Egypt” says Harshil Kotecha, Director- Projects.

In 2009, it started Unifresh Exotics (K) Limited, a fresh produce export house which manages packaging of consumer goods such as rice, beans and other various cereals under its brands.

With the establishment of Mayfair Aviation, they have also developed interests in the aviation industry.

Other investments include Readwell Publishers Limited to produce literature to better the society. “The first book advocating against drug abuse and prostitution has been published and will be donated to schools in Kwale” says Kotecha.

With an international presence in countries such as Australia, the United Kingdom, India, and the United Arab Emirates, the company’s success is attributed to its highly qualified staff, coupled with offering comprehensive continuous improvement programs.

KISCOL, a subsidiary of family-owned company Pabari Investments Limited is currently constructing a state of the art USD$ 200 million sugar processing complex. The area, having been identified as a prospective resource for cane agriculture by entrepreneurs proved to be a sustainable investment prospect for Pabari with an opportunity to reinstate Kwale County’s diminished sugar industry since the late 1980s.

KISCOL was launched in a ground breaking ceremony in 2007 by the former President of Kenya, H.E Mwai Kibaki. The project was initiated by the Pabari Family who now own 75% stake while Omnicane Ltd., a sugar miller listed in the Mauritius Stock Exchange, took a 25% stake in the project in 2012.

Research on various factors such as the best cane variety and best cane farming methods, rainfall intervals and ground water for irrigation purposes was conducted in order to ensure maximum yields and minimum challenges in both irrigation and agriculture in the lifetime of the project.  The facility is expected to be fully operational by mid-2014.
KISCOL will incorporate 5,000 hectares of cane cultivation in its own land plus 4000 ha by out-growers, a 3000 tonnes of cane-crushed-per-day sugar mill, an 18 megawatt bagasse-fired power plant and a sophisticated sub-surface drip-irrigation system, resulting in affordable, local sugar. “This project has created tremendous employment opportunities with each completed phase” Says Kotecha. Pabari Investments seeks qualified individuals by recruiting globally.

KISCOL adheres to ethical conservation and conducts various environmental conservation initiatives around the project site.  “In order to encourage tree planting activities among the community, a tree nursery has been created at the site whereby school children are frequently invited and our in-house environmental experts train them on environmental conservation” says Kotecha. “This will lead to an environmentally conscious community which is one of KISCOL’s visions for the Kwale community.”
Expansion is expected in the facility’s second development phase which shall include the construction of a distillery and a tonnes of cane-crushed-per-day capacity upgrade of the sugar mill to 5000 tonnes.

Due to KISCOL’s emergence as the best in innovation, problem solving, risk mitigation, knowledge transfer, deal replication and quick delivery of infrastructure financing, the project was awarded the prestigious Project Finance Deal of the Year award 2013 – Greenfield Deal of The Year category by the World Finance Magazine, a global finance magazine based in the UK covering finance, and economics of major companies globally.

“We are proud of this achievement and we intend to increase the momentum of the growth process of the company” says Kotecha. KISCOL
proves to be a future market leader in not only sugar production, but also in instilling environmental conservation and using technological advancements in its agricultural activities.

KISCOL was nominated for the AfriCAN Climate Good Practice Award 2013 for its initiative in adapting to and mitigating climate change in Africa through its various environment friendly technological features.

Pabari holds the community’s best interest and provides quality, affordable, healthcare at subsidized costs through Getwell Hospital Ltd. which was started for the purpose of building clinics and hospitals in Kenya. A clinic at the KISCOL site was set up to serve factory employees, their families and the entire community. The company aims to establish health centers in all major cities in the country.

The entire community benefits immensely from Pabari’s healthcare unit as various campaigns are conducted by Getwell Hospital Ltd to sensitize
the community about healthy living, nutrition and common ailments prevalent in the area such as diabetes. Expert medics spend time with the community educating them on basic information and conduct free testing and diagnosis.

A housing project to construct houses at the KISCOL site for the staff of the facility is also in its inception stages with the first stage in progress.  The entire project comprised of three phases, is expected to be completed by early 2016. The facilities will provide the community with a shopping centre, sports centre for both indoor and outdoor sports activities as well as social amenities.

Pabari Investments employs more than 2,000 people that encompass a number of diverse cultures. Pabari Investments retains 90 percent of its staff. Continuous training programs are provided to all staff members encouraging continual development for the company.

Being a value driven organization, Pabari contributes their growth and development of business through integrity, understanding, excellence, unity, and responsibility. These core values have fostered a number of exclusive relationships with suppliers, in addition to cultivating beneficial partnerships across a number of its operations.

With the aim to double group revenues year for year, Pabari intends to continue the expansion and improvement of its product portfolio by adding the hospitality industry to their portfolio. “We also plan on expanding our agricultural footprint in Kwale County by practising other forms of farming other than cane farming” Says Kotecha.

Also on Pabari’s agenda is the setting up of a modern university in Kwale County. The company currently has a standing Memorandum of Understanding with a renown university whereby the two plan to provide tertiary education to students from the East African region and beyond.

As food becomes scarce, the company is also hoping to offer complete solutions for FCMG products, providing food from the farm to the table and therefore being able to combat food shortage and offer fresh produce at a lower cost.

Pabari Investments expects to continue with this impressive growth, offering more services to enhance the business offering in Kenya and beyond. The company intends to continuously focus on projects that instil constant growth, environmental conservation as well serving the community.