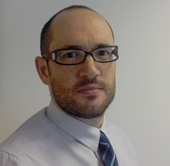 I don’t know about you, dear reader, but there is something revitalising in the air at the moment. Aside from any sterile statistics that the news might tell you, there is definitely an almost imperceptible sense that markets, economies, trust and spending have been reinvigorated in the last few weeks. If you’re feeling it too, then I sincerely hope that whatever it is, sticks around!

This month’s tub-thumping edition contains not one, but two exclusive interviews with South Africa rugby legends. Hooker John Allan—who also played for Scotland—and tenacious winger, Thinus Delport share their views on the Rugby World Cup. It’s an absolutely fascinating read, so kick back with your tablet (or laptop), crack open a can and enjoy.

We’ve also got a feature on South Africa’s greatest ever export—actor Sid James, more entries from the canon of African-influenced pop music and a rundown of the African footballers currently playing in England’s Championship division.

Our round up of the movers and shakers in the business world starts with an incredible story of triumph over adversity. TABJ discovers how Weatherly International— which was hanging on to the precipice by its fingertips—somehow managed to find a foothold. Make sure you check out this amazing and inspirational story in the next few pages!

There are also intriguing profiles from a plethora of industries including mining, property, healthcare, food, transport, cosmetics and many more.

That’s all from me folks,