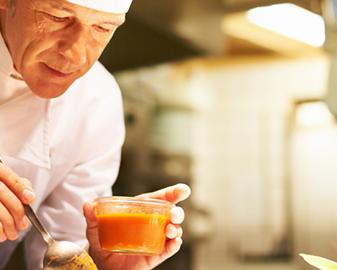 The Restaurant Association of South Africa (RASA) was formed with the objective of acting as the official voice representing the interests of South African restaurateurs. Over the last nine years, the organisation has been instrumental in uplifting the industry through encouraging the implementation of common standards and regulations, as well as celebrating the restaurants that go above and beyond in service excellence in its annual RASA Rosetta Awards.

There is power in numbers. The popular saying describes the concept that the more people and voices there are collectively behind an idea, the more weight it has and the more likely it will end with a desired outcome.

Through bringing industry leaders together behind the RASA banner, the non-profit organisation lobbies for restaurateurs against the government through a pro-restaurant agenda and represents the industry’s interests on a number of on-going issues like smoking and liquor legislation, food safety and employment practices.

On top of promoting restaurants as a sector of hospitality, RASA has been working hard to encourage potential customers on the benefits of dining out, shed light to the numerous career opportunities in the industry through RASA’s Training Academy as well as publicise the industry’s commitment to food safety and fair labour practices. It is all in the name of encouraging growth within the industry through the establishment of standard practices and regulations everyone can get behind.

RASA has developed a number of policies with clear and measurable guidelines to assist the industry in self-regulation and standardisation, which are transparently shared on its website.

Although any restaurant can sign up to be a member of RASA and there are several benefits to being a member, RASA’s efforts with encouraging the adoption of certain policies may be one of the organisation’s greatest achievements as it has helped the industry become more standardised and therefore, more enjoyable for potential customers who can come to expect a consistent, reliable experience regardless of what their taste buds fancy.

To elaborate on some of them, EatSafe aims to promote food safety and hygiene awareness within the food service sector in South Africa to a level of compliance with International Food Safety standards and requirements. RASA tests restaurants and awards them different levels of certifications ranging from one to five stars, depending on hygiene, establishment safety, staff training and, obviously, food quality.

PlaySafe indicates that restaurants must uphold a certain level of security, hygiene and provide safety measures that would allow for kids to be able to play freely within the restaurant’s premises without hazards to their health and wellbeing. RASA’s SitSafe policy also aims to protect prospective customers by promising the right to feel safe in a restaurant environment with security standards ranging from visible security guards and CCTV to preventing credit card fraud.

Any restaurant that displays the RASA SkillSafe accreditation shows prospective customers that its staff has received a high-level of training at the RASA Training Academy,  which offers training to managers, waitrons, barmen, baristas, cooks and child-minders.

And finally, PriceSafe indicates that restaurants have had their menu endorsed by RASA, indicating that the prices have been benchmarked against industry standards and are considered fair. This was particularly integral during the 2010 FIFA Soccer World Cup, as this was a way to identify which restaurants didn’t inflate their prices to take advantage of the large wave of tourists and patrons visiting the country.

RASA pushes restaurateurs to train their employees, to maintain high standards of service and constantly be in healthy competition with one another. For this purpose RASA has developed an award system that rates the restaurants that it represents.

The 6th annual RASA Rosetta Awards dinner gala was recently held in November at Monte Casino and the winners were recognised with the highest honours for service excellence and overall contribution to the upliftment of the restaurant industry.

The organization celebrated the restaurants and their achievements in many different categories such as: Best Café Style Restaurant, Best Elegant Restaurant, Best Coffee Shop, Best Table Service and Waitering, Best Experiential and Alternative Restaurant as well as Best Chairman, Best Supplier and – all in all – Best Restaurant.

These categories are colourful, diverse and, most importantly, show that the organisation appreciates and welcomes different types of venues with unique specialities that cater to all the diverse taste preferences of modern restaurant-goers in innovative and creative ways.

An organisation like this, one that puts itself tête-à-tête with international standards and other international groups, shows that it sees great potential in South Africa, that it believes in South African business and will help promote it, encourage it and nurture it on every level.