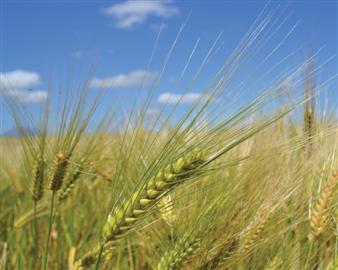 With a legacy of over five decades, Agricol is a well-established South African seed company with 180 agents and nine branches across the country. The company is involved with plant breeding, seed production, international trade, and the processing and distribution of seeds to famers in South Africa and beyond.

“We’re one of the bigger seed players in South Africa,” says Antonie Jacobs, executive chairman of Agricol. “We’re well capitalised and would like to grow within South Africa and into the rest of sub-Saharan Africa.”

Solid relationships with strong global suppliers, incomparable quality and a high standard of testing before releasing a product to market are just some of Agricol’s competitive edges, says Riaan Roselt, manager: coastal region of Agricol.

Agricol’s constant goal is to grow out its product range and the company works closely with universities, the Department of Agriculture and the Agricultural Research Council to sponsor integral research and development in Africa’s growing agribusiness sector.

“Inside Africa, we have our own sunflower breeding programme,” explains Jacobs. “We have our own germ plasm and make up new hybrids, which then undergo extensive field testing. That’s the export product we want to take into Africa and into the rest of the world.”

The company says its sunflower breeding programme has started to attract worldwide attention due to the hybrids’ impressive adaptation to extreme growing conditions.

Agricol is also involved in extensive evaluation programmes for all its other products, like maize, pastures and turf grasses.

“We get in new products from all over the world and test them here locally in different climactic regions,” explains Roselt. “Based on those results, we decide on which products we’ll add to our portfolio. We’ve got a very strong focus on evaluating so we can make sure the products we use are well adapted in South Africa and wherever else we want to take it.”

He adds that Agricol also signs Material Transfer Agreements with countries it is exporting seeds to, so they can test some of Agricol’s products while Agricol does the same for them in South Africa, keeping the company at the forefront of seed technology.

Under ForageMax, the company compiles tailor-made seed mixes into one bag. These mixes are designed for specific conditions, says Roselt. For example, with ForageMax’s Medic Mixes, Agricol is able to make specific recommendations for each production area in the Western Cape and offer clients a ready-mixed and inoculated product.

TurfMax was launched to service customers requiring turf grass mixture – essentially a blend of different varieties of turftype grasses – for golf courses, lawns and sports fields, like the stadiums that were built across South Africa for the 2010 World Cup.

“All those pitches were seeds from Agricol,” says Roselt.

Six months ago, the seed giant also recently acquired a company called Animal Zone, which deals exclusively in bird and other animal seeds.

And Agricol’s greatest evaluation success story of the year goes to its Don Mario soy beans, which were launched earlier this year, says Jacobs.

Don Mario is an Argentinian company, just one of several international brands Agricol has a long-standing relationship with. After years of testing in an African environment, the company launched the soy bean brand and it’s “one of the better varieties our country has seen. They’re doing very well,” says Jacobs.

According to a report released by the World Bank in March, Africa is home to more than 50 per cent of the world’s uncultivated agricultural land as well as massive untapped water resources. It goes on to say that by 2030, Africa’s agricultural sector could become a US $1 trillion industry if governments and the private sector radically reconsider policies and support for farmers through helping them modernise their practices as well as provide them with better access to credit, new technologies, irrigation and fertiliser.

With over 50 years in the agribusiness sector, Agricol is doing its part to help and is dedicated to working with local farmers to share techniques and knowledge to ensure the whole sector is able to grow hand-in-hand.

Aside from annually sponsoring seed-related community projects, Agricol has appointed a dedicated Agronomist to supply technical information to developing farmers across South Africa.

Through community events called Farmer Days, farmers come together to discuss issues and the agronomist comes out to answer questions and share new techniques and technologies to help farmers get comfortable with new hybrids and varieties and teach them about their benefits.

“Africa must feed the world one day. If you see the amount of water and land available, you must start with a seed,” says Jacobs.

Jacobs says the South African seed market is quite saturated so the company is dedicated to looking for ways to improve its domestic business through new varieties and products. However, its long-term goal is more aggressively expanding its seed business into sub-Saharan Africa.

The company has sold seeds into many other African countries to date and is currently establishing branches in Zambia, Rwanda, Zimbabwe, Mozambique, Angola, Kenya and Tanzania.

“A lot of the bigger seed companies in Africa are multinational. But we are a true African seed company with germ plasm developed for this part of the world,” says Jacobs. “We do buy some technology transfers, but we have a very strong seed business. We’ve got our roots firmly in Africa.”