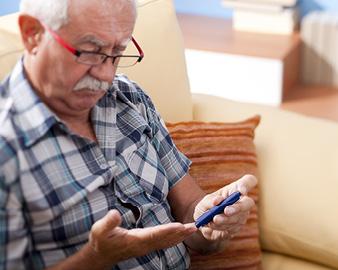 Thanks to its passion for medical advancement and a strong commitment to its patients, Novo Nordisk has become a prominent part of Africa’s healthcare landscape.

Novo Nordisk has been a global leader in diabetes care for more than 88 years. This Danish healthcare company employs more than 29,300 employees in 76 countries and its products are marketed in 179 countries.

Along with its focus on diabetes care, the company provides haemophilia care, growth hormone therapy and hormone replacement therapy.

Novo Nordisk first entered the South African market back in 1959 when it became one of its first affiliates outside of Denmark and, from its base in Johannesburg, began to produce insulin vials and anti-infectives.

By 1998 the company had moved most of its administration to Sandton and had increased its focus to sub-Saharan Africa.

Since 2007, Novo Nordisk South Africa has opened 14 offices across the continent and now has a presence in counties as diverse as Angola, the Comoros, Madagascar and Swaziland, and today employs 112 staff working across the southern part of the continent.

Novo Nordisk is actively involved in the global fight against diabetes and is driven by its desire to improve the daily lives of people with the condition, as well as expanding the possibilities open to people with haemophilia.

Since its Danish founders began their journey in 1923 to change diabetes, the company’s history has been defined by a series of medical firsts.

At the heart of the company lies a personal passion to improve the well-being of people with chronic illnesses and its commitment to care for the individual led it to become an early adopter of the triple bottom-line approach to business, as it balances its environmental impact, social contribution and financial results.
Its vision is to become the world’s leading diabetes care company; a target it intends to reach by aspiring to defeat diabetes by finding superior methods of diabetes prevention, detection and treatment.

The company promises to work actively in promoting collaborations between all parties in the health care system and offer products and services in the areas in which it believe it can make a difference.

It has contributed to the discovery and development of innovative biological medicines, which have since been made available to patients across the world.

Novo Nordisk has made a promise to will remain an independent entity, form opting to alliances whenever they serve both its business purpose and its cause.
“Every day we strive to find the right balance between compassion and competitiveness, the short and the long term, self and commitment to colleagues and society, work and family life,” proclaims the company on its website.

Along with its rich history, its research has helped led it to discover new products outside the diabetes research field enabling the company to diversify its interests and achieve competitive business results.

The company promises to never compromise on quality or its business ethics, thereby fuelling its growth as a business and delivering competitive financial results.

On its websites Novo Nordisk proclaims to operate as an “open and honest” business that is ambitious, but accountable to all of its partners, patients, staff and shareholders.

“Today, we have thousands of employees across the world with the passion, the skills and the commitment to continue this journey to prevent, treat and ultimately cure diabetes,” the company declares.

“We offer opportunities for our people to realise their potential,” it adds.

With a strong driving vision and its deeply set values, Novo Nordisk is a company not afraid to make the big decisions as exhibited by its ability to balance the needs of its patients, employees and shareholders.